All water has a perfect memory.

Back to Public Art page


A reference to the Mississippi River, all water has a perfect memory comes from a phrase in Toni Morrison’s essay The Site of Memory: “All water has a perfect memory and it is forever trying to get back to where it was.” The focal point of the installation is an octagonal pool mounted on plastic barrels, suggesting a floating raft to be used in the event of an emergency move to the river. 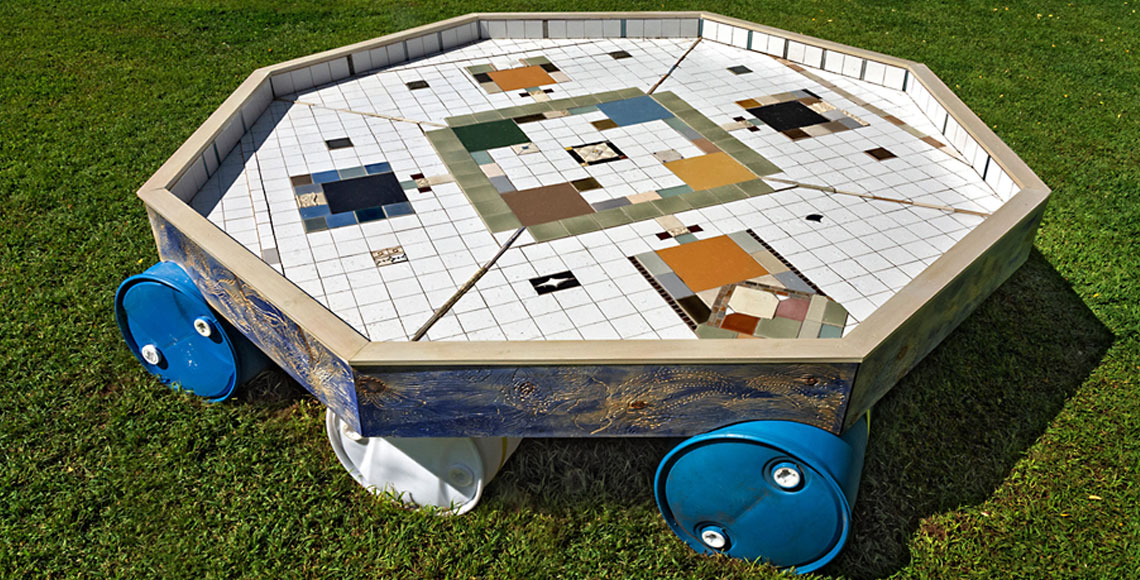 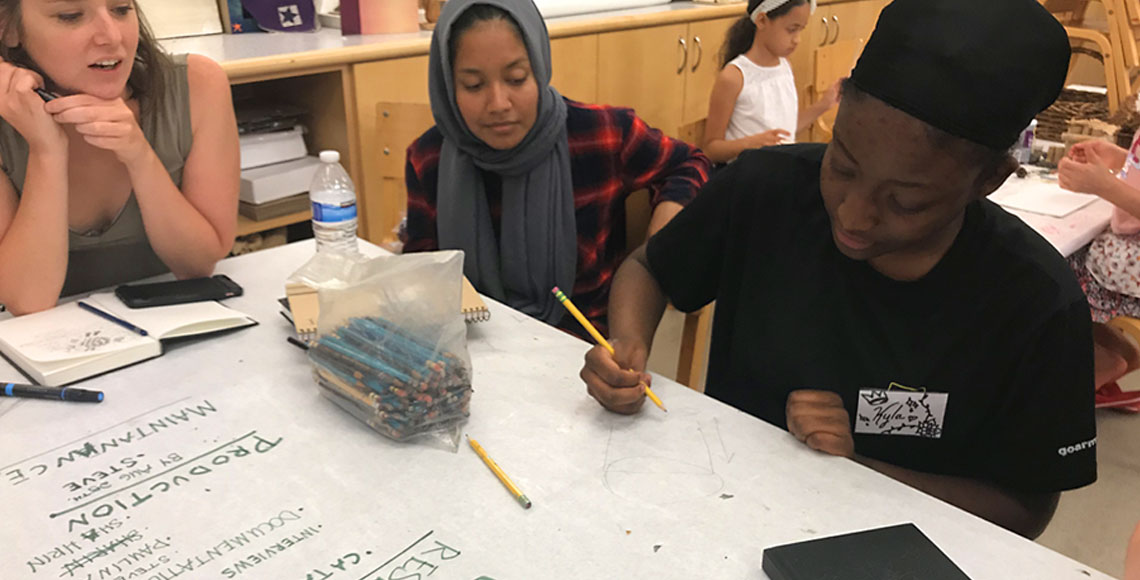 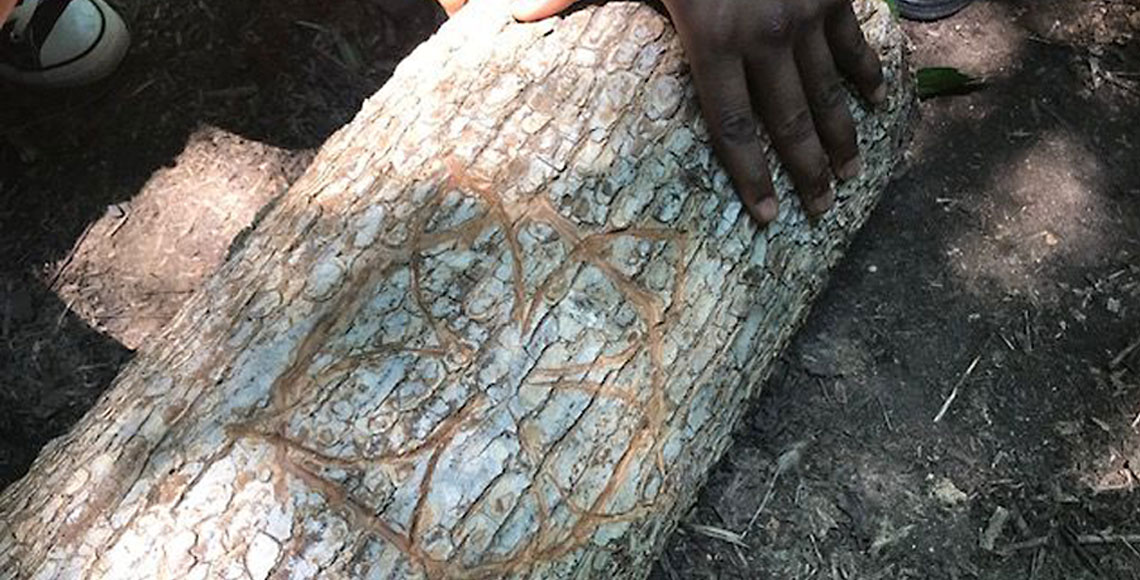 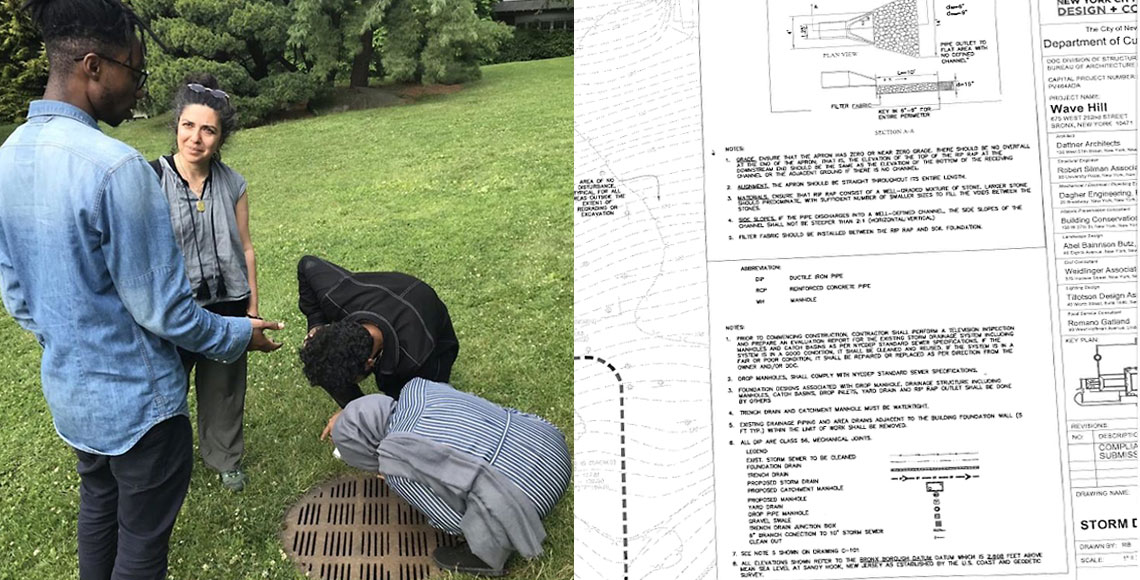 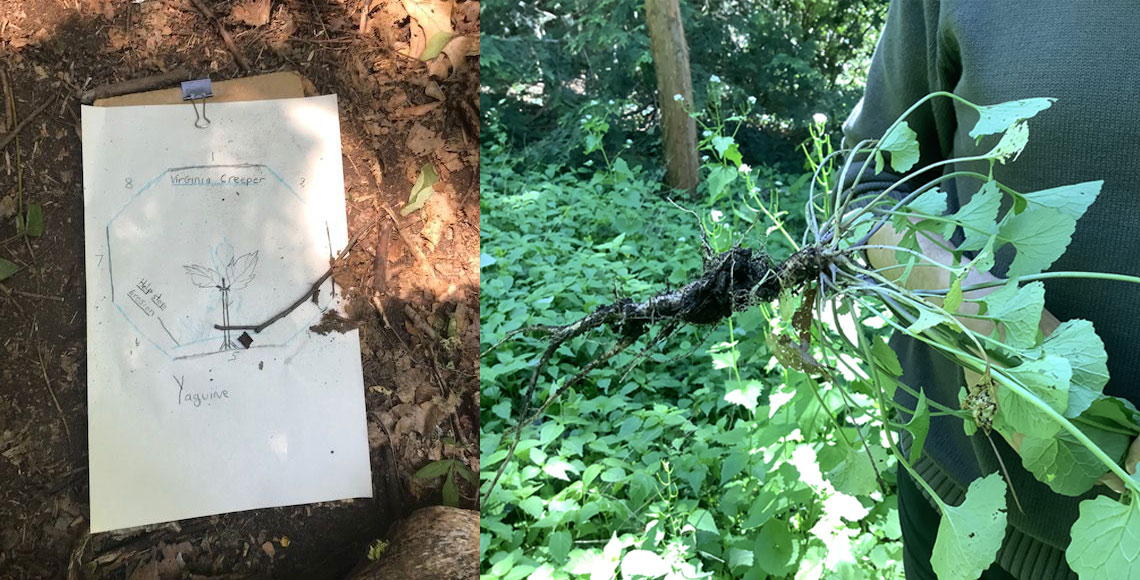 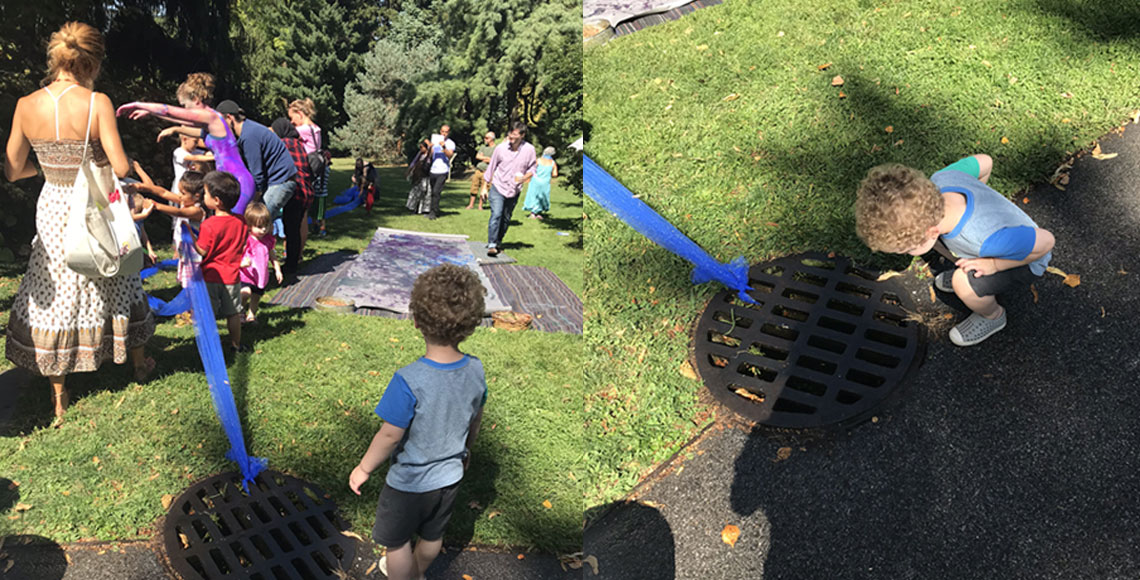 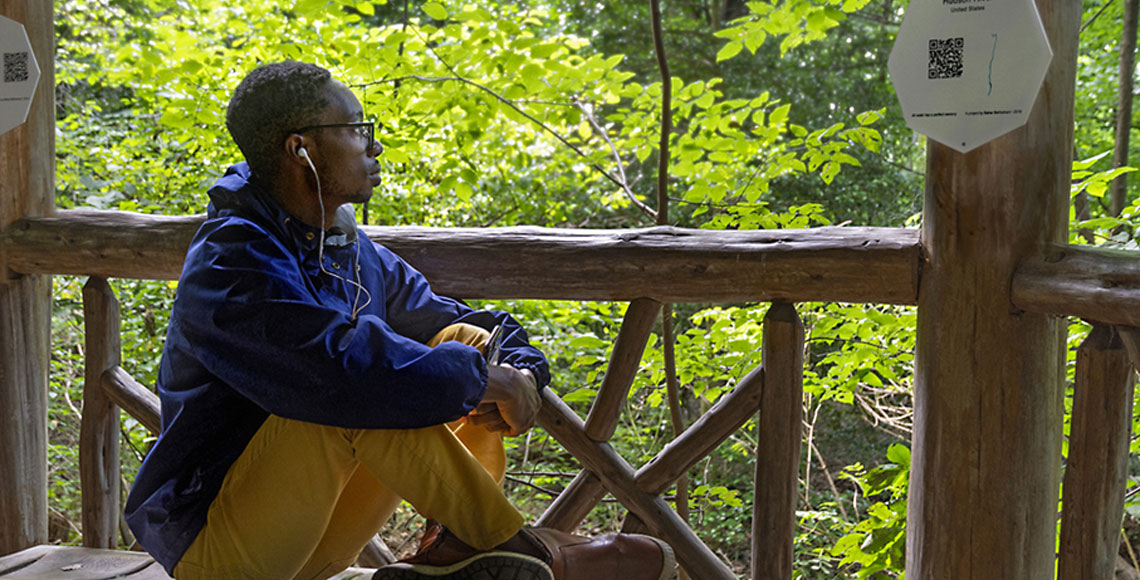 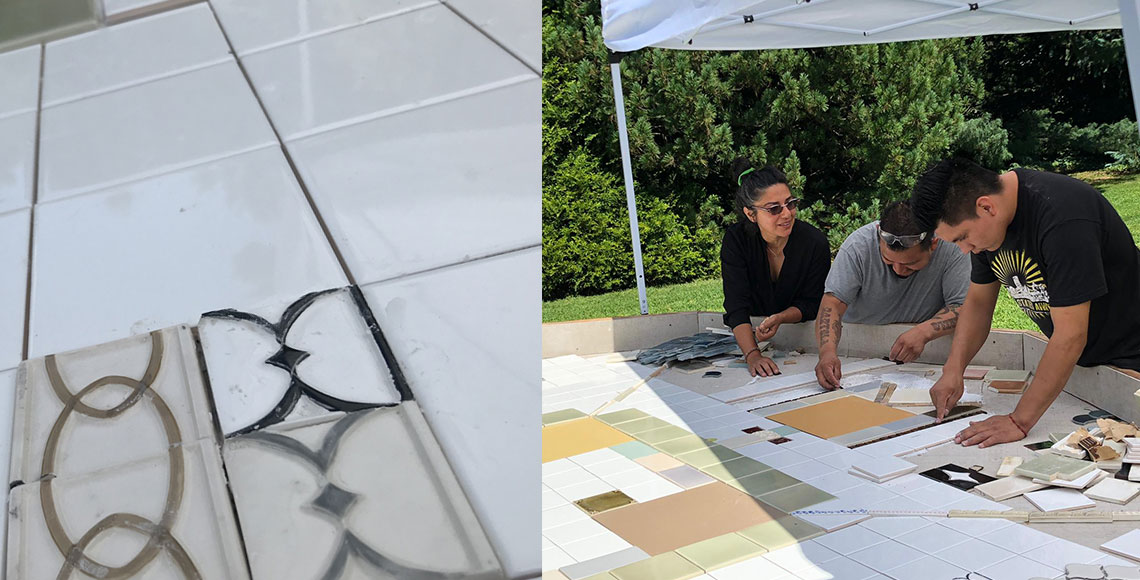 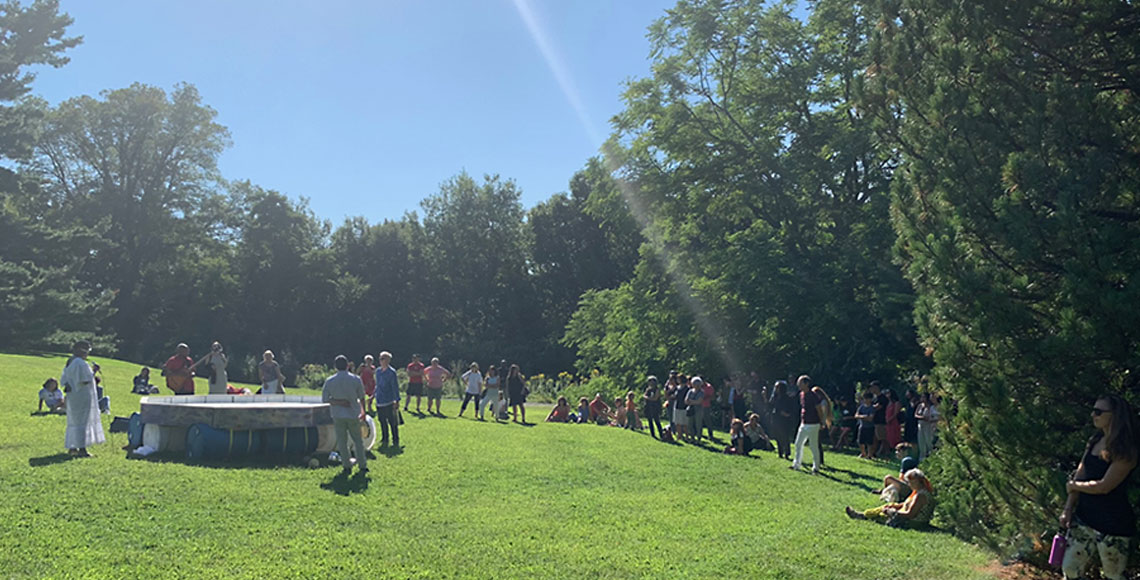 Bahar Behbahani’s installation revives generated@wavehill, a program that invites artists to create temporal artwork engaging with Wave Hill’s site and programs. Initiated in 1999, past generated@wavehill projects have included both visual and performing arts commissions throughout the grounds. Behbahani was invited to engage with the Woodland and Wave Hill’s youth programs. Her response to this charge began with her interest in the underground water systems within the garden’s ecosystem and parallels the importance of water engineering in Persian gardens.

This multi-faceted initiative was informed by intensive walks taken with Wave Hill staff and workshops that she led with interns and students to discuss local and global water concerns. Behbahani collaborated with Forest Project and Woodland Ecology Research Mentorship (WERM) interns who were active during the summer in the Woodland. She worked with Family Art Project’s Art, Community and Environmental Stewards (ACES), CUNY Corps and Bloomberg interns, who will continue to activate and maintain the installation throughout the fall. They have also produced a zine full of stories informed by the research they contributed.

The second component of Behbahani’s installation is the incorporation of an existing Woodland gazebo as a place of meditation, and a place for reflection about the eight, contested rivers, the Hudson, the Rio Grande, the Karun, the Euphrates, the Ganges, Mississippi, Nile and the Wouri. It offers to anyone with a smartphone the ability to download the sound of the selected river by means of a QR code. In workshops with the students, she prompted her collaborators to think about the Hudson River and its cycles of pollution and reclamation as part of a global network connected to other rivers that have had an impact on their lives. She then asked them, as immigrants, to share their memories and those of their families for inclusion in the project. This meditative sound piece weaves active river sounds which was developed in collaboration with composer Maciek Schejbal.